Previous postUpper Crossed Syndrome: The Personal Trainer’s Guide
I'm an online personal trainer who makes over $450,000 a year and works with hundreds of clients at a time. Here's how I started and run my business.Next post

The home gym is in! Sales of fitness equipment in Utah continues at record pace

by fitness journalist
in home gyms
Leave a comment 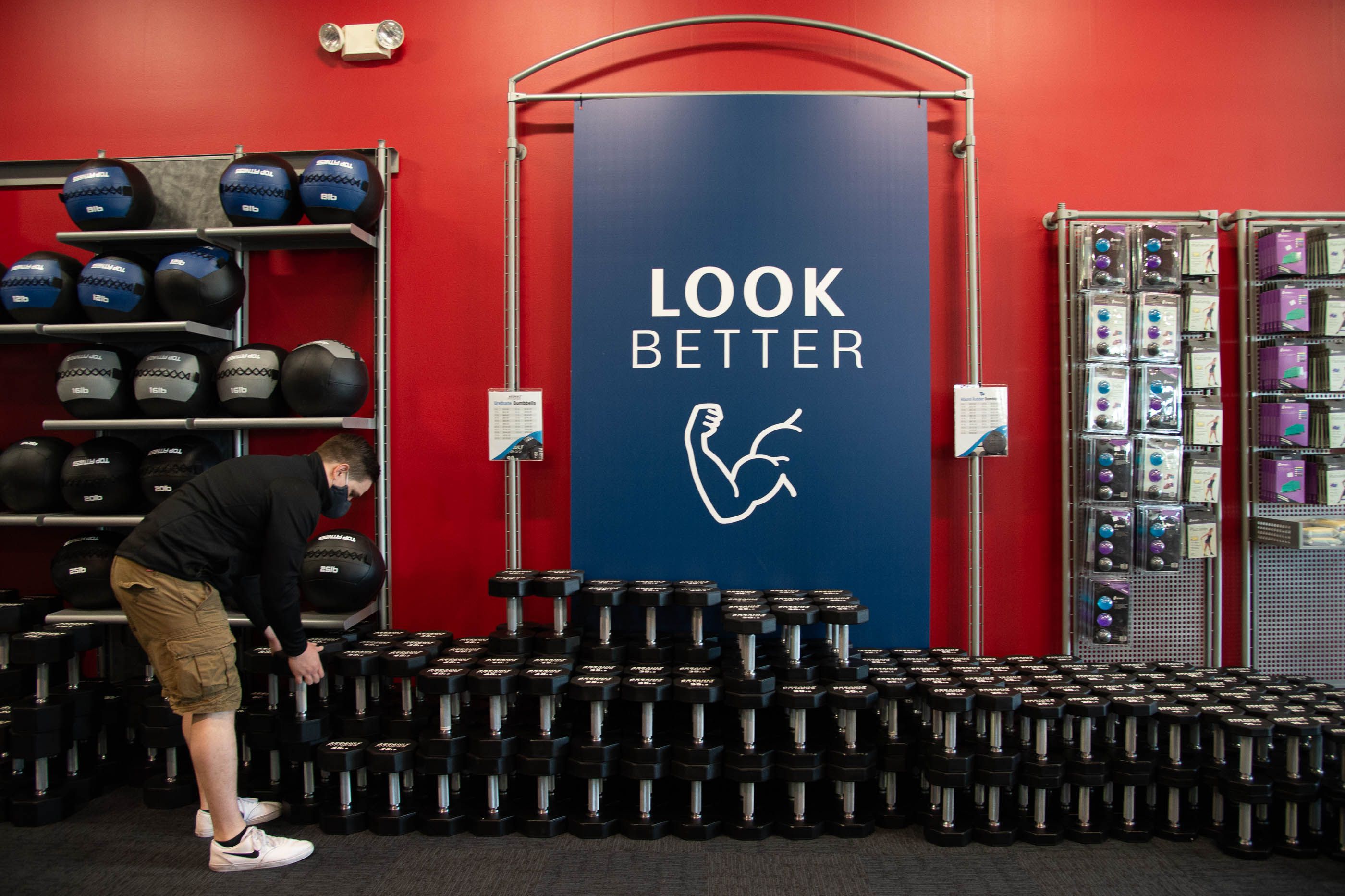 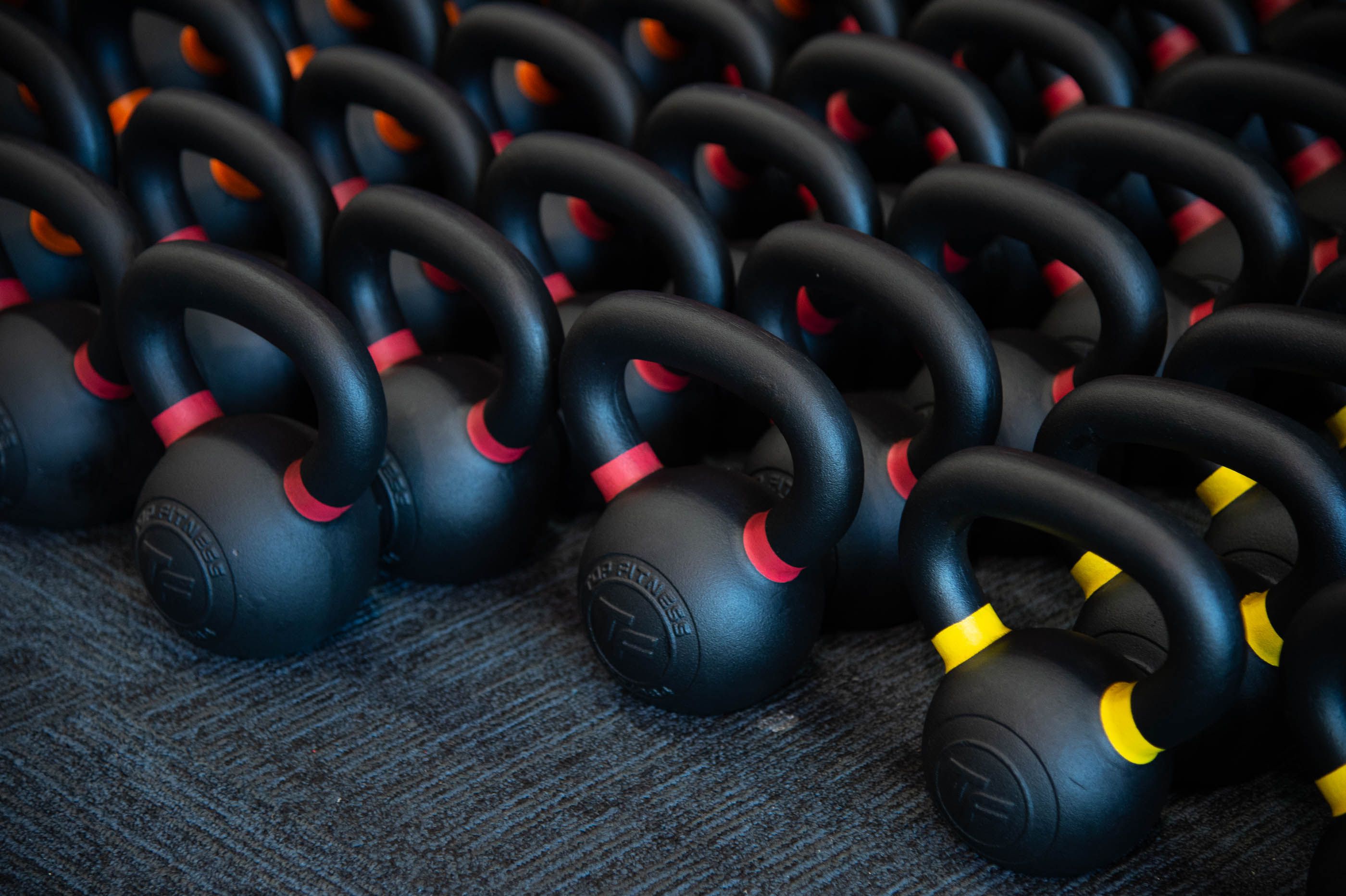 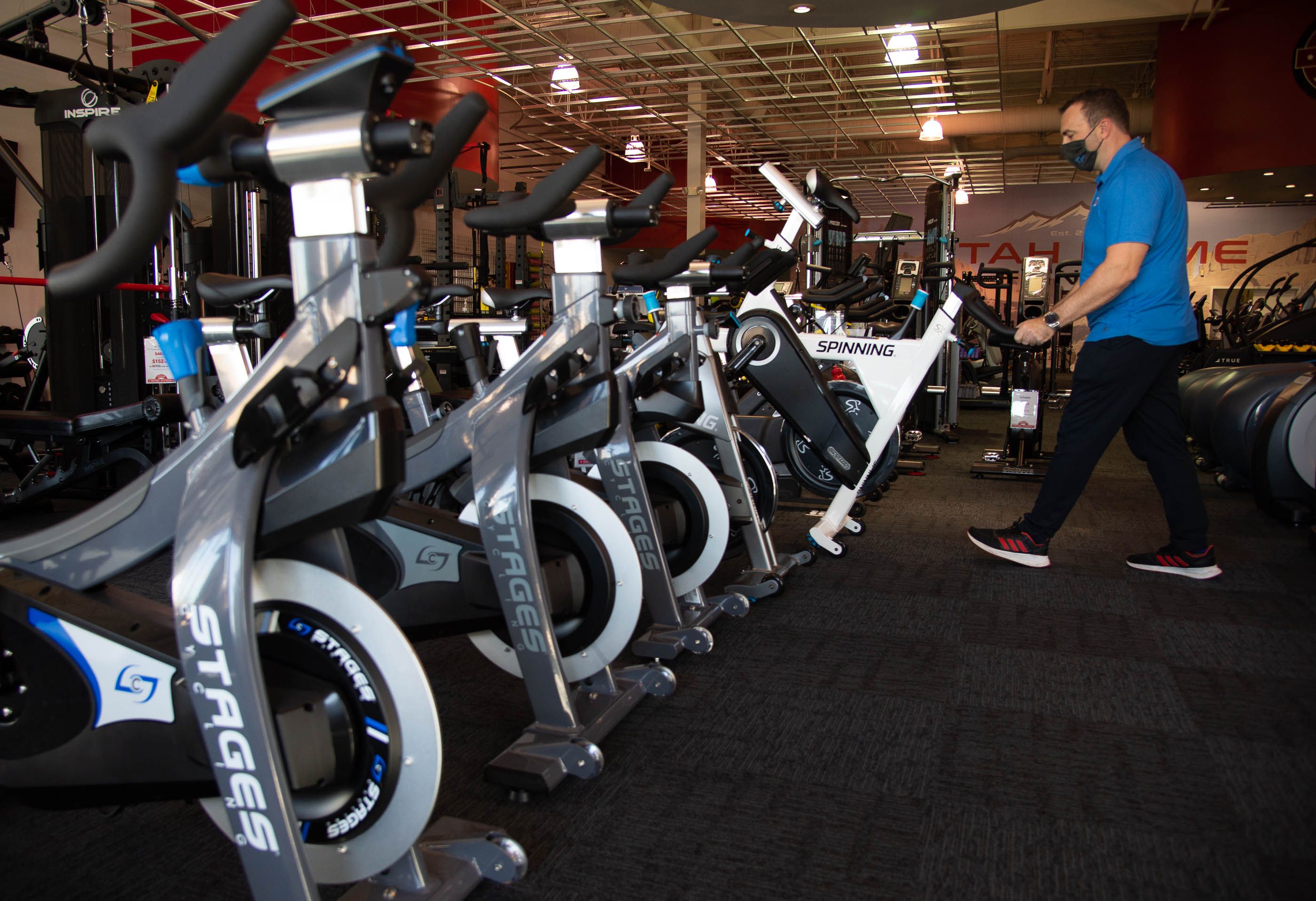 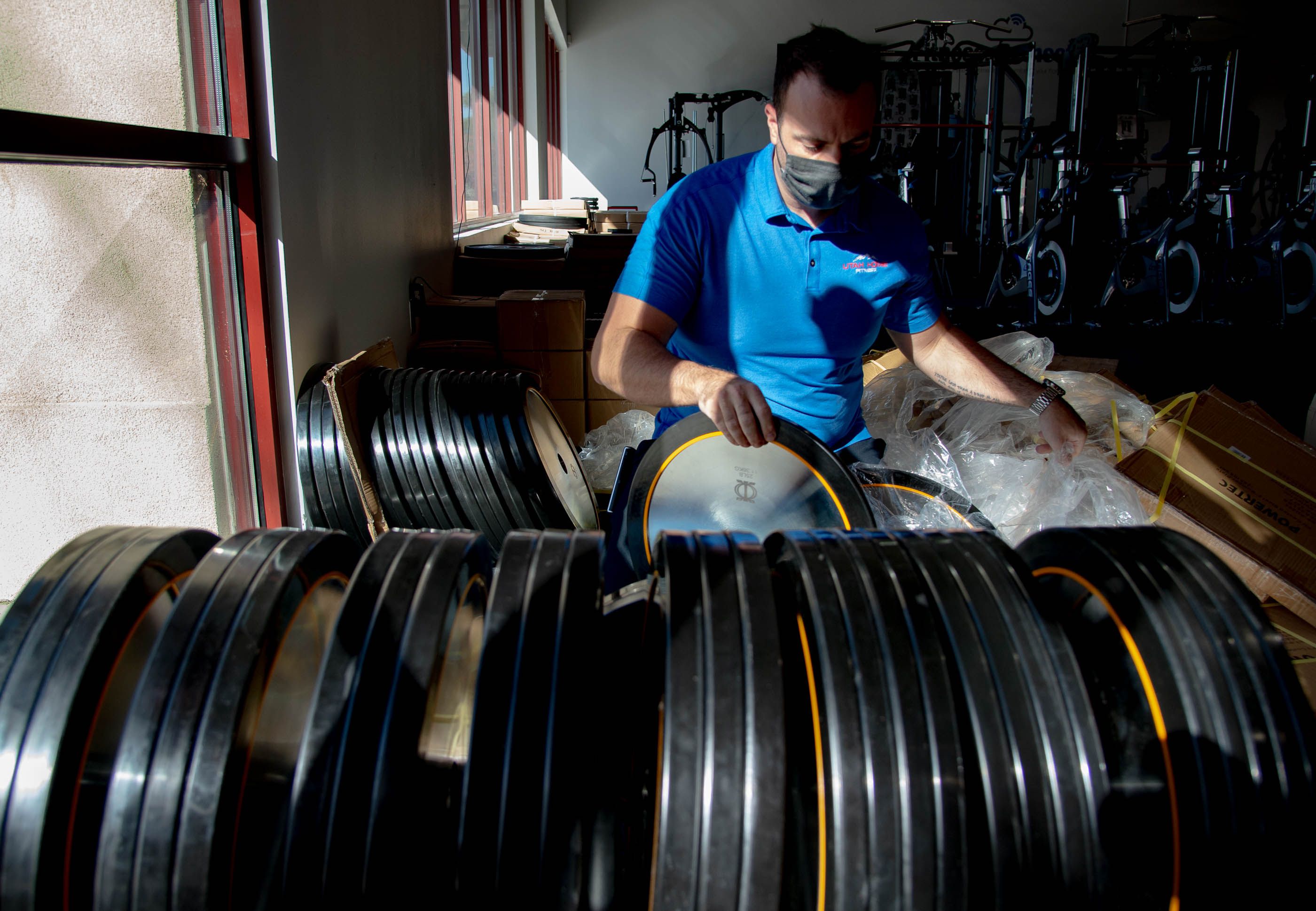 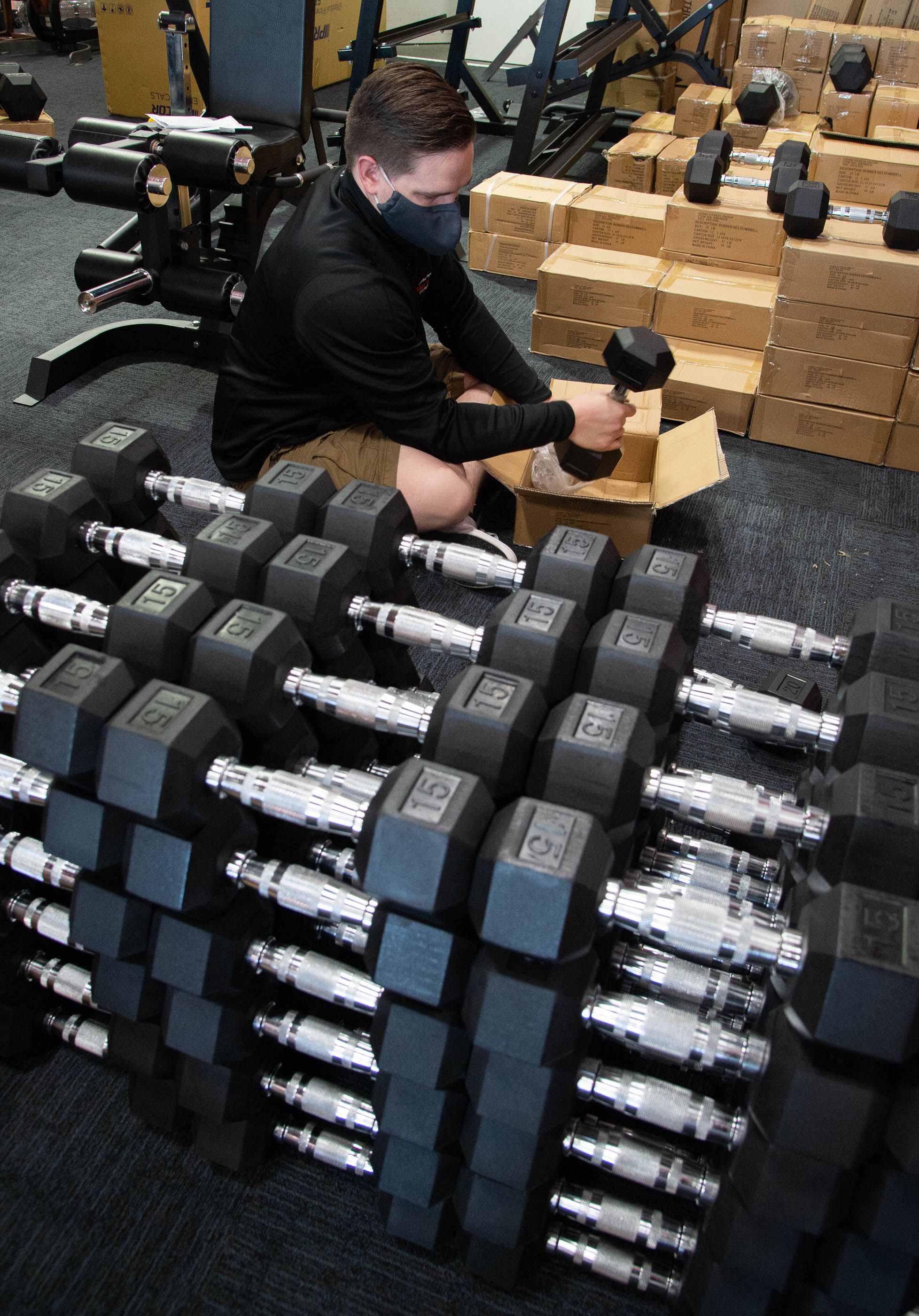 When gyms and studios closed in mid-March to prevent the spread of the coronavirus, people rushed to buy home exercise equipment and stores were wiped out of everything from inexpensive dumbbells to premium treadmills and elliptical machines.

With Utah’s strong economy, there had already been high demand for fitness equipment prior to the pandemic, he said. Utah Home Fitness — with 25 retail stores across the nation, including three in Utah (Salt Lake City, Sandy and Farmington) — maintained a healthy supply of products in its warehouses.

Or so Egbert thought.

“When COVID hit, sales just blew up,” he said. “We sold out of everything in our warehouses and they were empty for several weeks.”

During a traditional year, the home fitness industry will see sales start to increase in the fall, peaking in December and January as people shop for Christmas gifts or to fulfill New Year’s resolutions. Summer is the slow season, when people are on vacation or doing outdoor activities.

In 2020, though, those numbers turned upside down. Sales continued at a record pace throughout June, July and August — even as gyms in Utah and many other states were reopening.

“I’ve been in the industry a long time,” said Egbert, “and have never seen anything like this.”

Even today, there is still a wait time for some products, and often when inventory does become available it is bought up quickly, as more and more consumers turn spare bedrooms, basements and even garages into full-fledged fitness studios.

Rogue Fitness, which sells weightlifting gear online, explained the situation on its website. “We have been slammed and have been working hard to get items back in stock,” the company stated. “We are releasing products daily as they become available, however, most items are selling out within minutes of release.”

“And the numbers haven’t dropped,” she said. “To see this kind of growth during spring and summer months is truly unprecedented.”

(Francisco Kjolseth | The Salt Lake Tribune) Chase Buckles, sales manager at Utah Home Fitness in Sandy, discusses popular exercise equipment on Wednesday, Oct. 22, 2020. Home fitness equipment sales boomed in March and April when gyms closed because of the coronavirus. Everything from inexpensive dumbbells to premium treadmills and ellipticals were wiped out of stores and warehouses. Record sales continued throughout the summer — normally the slow time for the industry, and store owners expect sales to remain high during the holidays. (Francisco Kjolseth/)

Treadmills are the most popular piece of equipment, both before and during the pandemic, but everything — at every price point — is selling, including elliptical machines, stationary bicycles and rowers.

A lot of the equipment is high-tech, offering streaming technology that allows the user to run/walk/trek the pyramids in Egypt, the summit of Mt. Kilimanjaro, the Ring Road of Iceland or dozens of other sites across the globe.

Sales are expected to remain high through the holidays and into 2021. And both Egbert and Logan predict that consumers will continue to favor home fitness equipment over the neighborhood gym into the future.

Exercise has always been a way to maintain health, fight disease and build a strong immune system — all concepts that resonate with customers in the midst of a pandemic. Statistics show that people who are overweight or have heart or lung issues have a more difficult time recovering from COVID-19, and that fact has propelled people into action.

“This has really opened people’s eyes,” Egbert said, “to the importance of being fit and maintaining your health.”

Many people who previously paid for a gym membership may not return — especially as transmission rates in all but eight Utah counties remain high. “The health club environment,” Egbert said, is a going to be “a tough place to go work out in confidence.”

Mike Fisher and his wife Carol Dickson are among those who probably will never go back to a gym.

Last month, the couple invested in four pieces of exercise equipment, turning a spare bedroom in the basement of their Salt Lake City home into a fitness studio. The setup includes a commercial-grade rowing machine, treadmill, stationary bicycle and weight system.

Prior to COVID-19, Fisher said he went to his local gym every morning at 6 a.m. to use the rowing machine. Dickson — 51 and not a morning person — went later in the day and worked out on the treadmill and bike.

The couple’s routine came to an abrupt halt in mid-March, though, when gyms and fitness studios closed to prevent the spread of the virus.

Initially Fisher tried running in the neighborhood, thinking he would just ride out the pandemic. “We didn’t buy right away,” he said, “because no one knew how long it would be going on.”

But as the weeks turned into months, Fisher said he gained 10 pounds on his lanky 6-foot-7 frame. “I absolutely needed the exercise,” he said. “I’ve been a runner as long as I can remember and played basketball in high school.”

He doesn’t miss the gym, where sometimes he had to wait to use a certain piece of equipment.

“Now I can use whatever I want, whenever I want,” he said. “Even when we get to the point where it’s safe again and there’s a vaccine, there’s no reason for us to go back.”